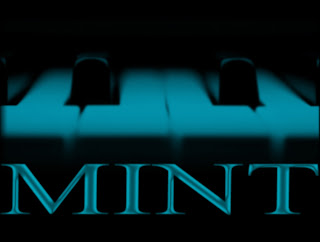 “Sophisticated jazz” – The Wild Fig Café
“Super talented” – Wolf Lane
“Thank you all so much for last night, you guys were sensational!” – Wedding couple
“You have a beautiful voice.” – Damien Leith

Mint’s Vocalist: Jake Dennis
Jake Dennis (Poet of Jazz) has performed jazz classics professionally around Perth for over 10 years. He has performed live at venues such as DownStairs at the Maj, Subiaco Arts Centre, Ellington Jazz Club, Perth Town Hall, The Laneway Lounge, and at Jazz in the Jarrah. Jake Dennis, who has been featured on Access 31, Telethon, and Aurora TV, has also been interviewed on RTR FM, Radio Fremantle, and Twin Cities Radio 89.7FM. He was the Sunday feature at the New Orleans Restaurant Northbridge for two years and has entertained at various corporate and private functions, public events, fashion shows, local dances, and charity events. He was the front man for funk, soul, pop, reggae, and RNB local Perth cover bands Neon and The Entourage and has also performed with Soul Corporation at Universal Bar. Contact Jake Dennis on Facebook (www.facebook.com/poetofjazz), Twitter, (www.twitter.com/poetofjazz), or via email: jakedennis@hotmail.com.

Mint’s Drummer: Chris Marquand
Chris Marquand is new to the Perth music scene having arrived in Australia from Guernsey in late 2011. Coming from a musically classical background in percussion, he divulged into other genres from a young age including jazz, Latin, and hard rock. Chris Marquand went on to study jazz and contemporary music at Leeds Music College. Having gigged regularly in the UK and abroad with various groups from jazz quartets, big bands, and orchestras, to original and cover rock, metal, and funk acts, Chris now enjoys the addition of arranging pop and rock songs with a jazz style. Chris also teaches drums and percussion across Perth both privately and in various schools during the week.

Mint’s Double Bassist: Malcolm Mah
Malcolm Mah studied at the Western Austrlaian Academy of Performing Arts (WAAPA). After travelling to Perth from Singapore in 2008 he has been an active part of the following bands: Funksta, the South Perth Lion’s Club Big Band, Rhythm 22, Upfront, Beans Buma’s Boys of Rhythm, Miracle Band, Madhattons, 2am, Ozmosis, and the Chris Toh Trio. In Singapore, Malcolm performed regularly with Singaporean singing sensations Lily Anna Nuris and Robert Fernando. He performed with bands such as Smackit at such festivals as the International Mosiac Music Festival. In Singapore he performed regularly with many different musicians including Soul Satisfaction, Matrix, Zebra Crossing, Clinton Carnegie, and Tze Chin. He is currently active in arranging, composing, and recording music at his home studio.

Mint’s Pianist: Mark Cunniffe
Mark Cunniffe (www.mark-cunniffe.com) is a piano player and piano teacher. He has just returned home to Perth after ten years playing music in the UK. He worked for P&O Cruises for the past four years in the UK. With his own jazz trio, the Mark Cunniffe trio, he sailed all over the world providing jazz music to thousands of passengers. Towards the end of his time with P&O Cruises, Mark took over the theatre orchestra and worked as the Musical Director for the MS Arcadia. He has played various pubs and bars around the UK and Australia and held a residency at the Balmoral Hotel and the Carlton Hotel in Edinburgh, Scotland. Mark also spent the earlier part of his career playing keyboards for Darren Reid and the Soul City Groove here in Perth.